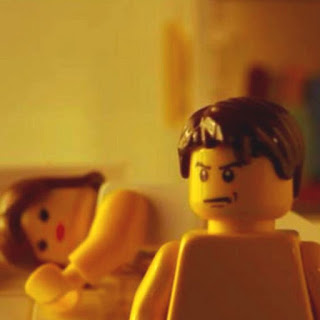 I wanted to post the Peel session by the Afghan Whigs to celebrate Keeping It Peel day on Tuesday but unfortunately could not find it on the net. Since then some kind soul has sent me a link to Jim's blog AyeTunes where the session is present,  correct and available for download. The session consists of two covers and two original compositions from  the Gentlemen album, including the highlight for me  "My Curse" sung by Dulli which is pretty amazing, however the album cut is sung by Marcy Mays who adds a little something to,the song and makes it an even more uncomfortably listen. My Curse is a dark, dark song from an album which is quite harrowing in parts, not an easy listen but an absolutely enthralling one. I flit from considering this the best Afghan Whigs album but in lighter moments I prefer 1965, the first album I bought by the band and by far the most accessible. I'm going to post the album version of My Curse, if you would like the Peel sessions head over here where Jim will sort you out. I know that I say this quite often, but if you don't own Gentlemen I suggest you rectify the situation as soon as possible.

Excellent song, excellent band. AyeTunes is an excellent name for a blog too.

Your brief description of those two albums is spot on. I lean 1965, but both are essential.

It made me snigger Ctel