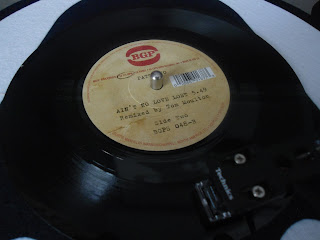 The original version of Ain't No Love Lost was released on the Scepter label in 1972 and when you first hear the track you wouldn't have to be a genius to spot that it was produced by Curtis Mayfield. The version posted is the marvelous Tom Moulton mix who updates the sound for 1975 and the beginnings of the disco scene. For years this version was only available on the Disco Gold album along with another Moulton mix of a Patti Jo tune, Make Me Believe In You until recently when both were released on a 7" single.