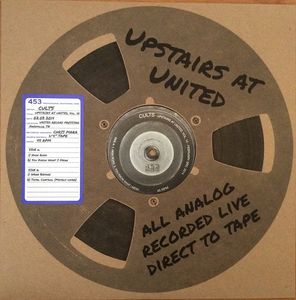 I bought this 12" single a few weeks after RSD last year around the time that people realised that they weren't going to make a killing on the records that they greedily bought that day, and started replacing their exorbitant starting prices with best offer on ebay. I didn't buy the live Cults 12" on the day as it was way down my list and was something that would have been a nice to have, as I really do like the duo 's sound ( I know,  another female fronted duo), but not an essential purchase.I checked ebay, as you do in the days after rip-off Saturday and there were chancers looking for north of forty quid for the four track 12" single which made it all the more sweeter when I eventually got it for less than it was selling for on the day. When it arrived I was pleasantly surprised that it had a cover version of the brilliant Motels song, Total Control on it which is pretty good.