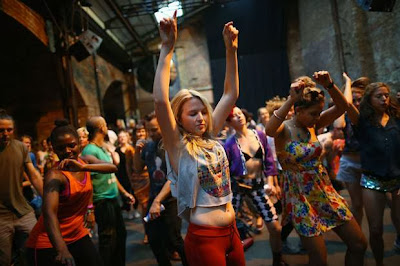 Ghost Dancer was the 6th release on the Red Planet label and was only one track of seven on the double 12". It is probably the least abrasive and warmest of the tracks, if the Martian's music can ever be described as warm.

The Martian - Ghostdancer
Posted by drew at 13:26

It's getting there, she has definitely been drinking SG's Olde English

SGS BULGES ARE IN BETTER PLACES