A Box Set Too Far 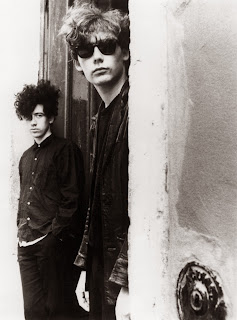 Yesterday I found out that The Jesus and Mary Chain were to release a vinyl box set of all their studio albums (here), BBC sessions, a live album and another filled with b-sides and rarities. I have too admit that this had me salivating more than a little as I am a sucker for this kind of thing,  until I saw the price.

So I began to have the debate with myself.

Will there be anything you don't have?

well no, apart from the live album which is of them once they were passed their best before date granted but it's still the Mary Chain live on heavyweight vinyl actually it will all be on remastered shiny new vinyl

Here's something that will be on the BBC sessions vinyl.

The Jesus and Mary Chain - In The Rain (Peel Session)
Posted by drew at 07:30

I would only buy a boxed if it contained 12cds of all their material, the vast majority of which you don't have. Pay £240, and hope it's not terrible! On a more serious note, these reissues (isn't there a Clash one out too) seem to offer nothing new, or essentially new, and are just a marketing ploy. I would recommend you don't buy.

Saw this as well, thought it looked a bit steep. But then, I did get the Clash one (raised the funds by selling stuff on ebay).

I may have to follow Adam's lead and get some stuff sold on ebay. £130 is a tad steep but I feel this needs to be purchased.

George, I bought the remastered Clash album boxset and I am glad that I did, all of the albums sound so much better especially London Calling. However the remastered Psychocandy I bought on record shop day when I got carried away is non better than my original version.

I will not be buying this boxset as I have the albums that matter on vinyl even the demos which is a bootleg but I also have on Agfa tape from back in the day. Would love the Peel sessions on vinyl but not for 130 quid.

Also, Drew, you promised the wife that the Clash set was the last thing you'd buy for this year, remember?