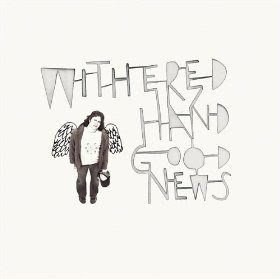 I think that I have just played the album of the year. Well, I think that it will be pretty hard to beat in this house anyway. Not one ok track, all ten are first rate. It is so good that I played it again straight after.

The album consist of 8 tracks written by Dan Willson and 2 covers. It is dark in places but also very funny and clever. Willson has a knack with lyrics and the religious themes are apparent on a few of the tracks. Some of my favourite lines being " Diss me I don't mind, bad lucker , It's much cooler to be kind, So let's get trashed on tonic wine" which you should know from I Am Nothing off of the Religious Songs which I posted a while back.

Every discerning music lover should own this album. It can be purchased here.

From the ep, I'm not posting anything from the album, just buy it.
Posted by drew at 20:48

oooh i'm sooo jealous!!! mine's in the post and i've not heard it yet! very exciting :) xoxo