You're Gonna Miss Your Candyman 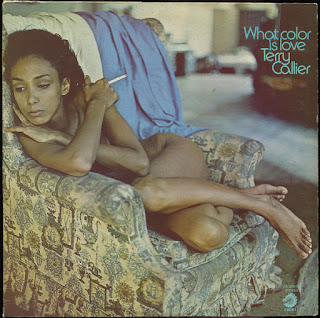 When I reach for Terry Callier, it is usually on 7", one of the two singles adopted by the Northern Soul scene, Ordinary Joe or Take A Look At Me Now, or the material after he was "rediscovered in the mid to late 80s", Love Theme from Spartacus or his collaboration with Massive Attack, Live With Me but recently I have found myself playing the Chicagoan singer song writer's second album,  What Colour Is Love and in particular the stretched out a-side of Take A Look At Me Now. You're Gonna Miss Your Candyman is a bass driven song of longing that ebbs and flows and grooves so as within no time you find that seven most satisfying minutes have passed. The difference between this track and the more traditional Take A Look at Me Now is stark and unfortunately the record buying public was not ready for this heavy brew of soul, folk and jazz in 1972/73, although both the track and the album garnered praise from the critics. Plus ca change.

The work of Terry Callier is something very, very special. The poetry and passion he brought to Soul music is unmatched for me. The song that introduced me to his wonderful world was I Don't Want To See Myself (Without You). It was an early 80s single that found it's way on to a lot of Jazz Funk compilations in the early 90s, but it's really timeless to me.

I don't know this album at all, but this song really grabbed me. Will investigate. Thanks, Drew.

Bought this album by chance recently following my adage something old something new, completely blown away, in these times I need as much magic as possible, and this is the real deal.

Echorich - he really is very special.