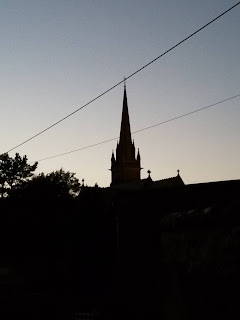 One thing that I have discovered about a lot of these "new" well new to me anyway,  European psych bands is how prolific they are. They make a mockery of Mark E Smith's legendary work rate. Which makes it quite difficult for the newcomer when trying to get into the bands. Take Zone Six for example, I found this German band a few months ago after hearing a track from their 2015 Love Monster album which really gripped me and so I thought I would check them out on the oracle that is Discogs and to my despair it appears that they have released 27 albums in 21 years! Granted most of these are live but still it is quite an output.

Today's track comes from the previously mentioned Love Monster album consists of 4 lengthy instrumental, fuzzed up improvisations (I think) which really hit the spot. I could have picked any of the tracks as they are all excellent examples of this genre that I just can't get enough of at the moment. The Insight is one of the two shorter tracks on the album clocking in at just over 8 minutes and is a guitar and synth lead wall of sound that just builds and builds and meanders through one's head without ever getting boring.

I recently added last year's Kozmik Koon studio album to to complement Love Monster and it is of equal quality with three long tunes and two that clock in at under 4 minutes.