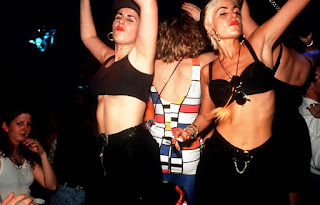 I was a bit late to the party (eight bloody years) with regards to Paranoid London and wouldn't have gotten there at all if it hadn't been for my nephew Lewis dropping off some cds for me to have a listen to at the start of lockdown which included the recent 2nd album by the unknown to me anyway London production duo. So I put the cd in the tray pressed play and sat back expecting to be underwhelmed. But from the off I had to sit up and pay attention, the squidgy sounds coming out of the speakers reacting to something deep within my brain and giving me shivers.  The sound was very much a nod back to the heady, intoxicating days of early house and especially the 303 driven, sparse sounds of Chicago but with a fresh take, there is nothing stale about the sounds here. So it was straight onto Discogs to find out what other delights were to be found from the Paranoid London stable. 12" singles going back to 2012 in collaboration with Paris Brightledge, no less and another self titled album released in 2014 which was duly ordered and when it arrived sounded even better than the album released last year , magic stuff.  Lovin You (Ah Shit) is one of the many treasures with the album.

The Scottish First Division campaign kicks off tomorrow, with Airdrie playing host to Peterhead to an even more empty stadium than usual. As a season ticket holder I will be sitting in the comfort of either the living room or my cupboard/office hoping that the Diamonds can get three points from the first game and for the duration wishing that we were able to be there in person to talk rubbish with Stiff, Wullie, John and the guys that sit round about us but I can't see that returning anytime soon and I suppose that we have to be grateful to be able to watch the game in some form.

Have a good weekend and stay safe people.

* forgot to mention above that Quinn Whalley, one half of Paranoid London was also one half of Slacker who's debut single, Painkiller was released on Sabres of Paradise way back when.