My Love Is Your Love, Forever 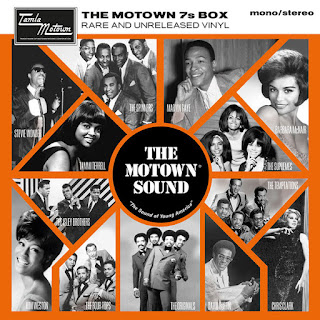 This track is another one of those that has you thinking "what the fuck were they thinking about at Motown?" as this is another of those absolutely brilliant songs that was never released and languished in the vaults. That statement is not entirely true as My Love Is Your Love, Forever was released in 1972 on an Isley Brothers Music For Pleasure  compilation only available in the Netherlands! A full five years after the group had recorded this gorgeous Stevie Wonder/Ivy Jo Hunter penned track. It was eventually released on  the Richard Searling curated 7" as part of the Motown's 7s Box - Rare and Unreleased Vinyl where it was backed with Something's Wrong by Chris Clarke.

I love this song, one of my favourite Motown tracks ever and also # 13 in my Northern Top 50.

The Isley Brothers - My Love Is Your Love (Forever)
Posted by drew at 09:50

Love this one too, and I listen to it all of the time. I'm 99 percent sure I got it from you during your countdown back in the day. Big thanks for that.

Berry Gordy really wasn't that interested in the Isleys it seems. His loss.

I remember posting this one from that Dutch lp. Just looked it up, it was back in 2014. Great song.

Sorry, I meant to say yesterday, this is great. I love the Isley Brothers but don't think I've come across this before.

Darcy - I think that it was your posting that reminded me to seek out the song. I'm sure I heard it at one of the Togetherness weekenders at the turn of the century and then totally forgot about it until your post

Rol - it's a travesty that it isn't wider known.