The First Time Ever I Saw Your Face 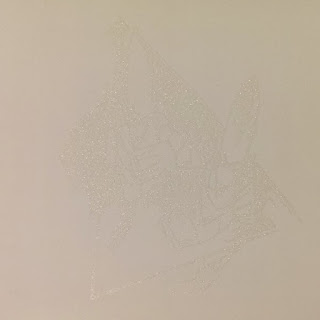 Yesterday I was on a bit of an UNKLE tip, I started off with the |Edit Music For A Film mixes and then went through various albums and Unklesounds mixes and then finished off with the absolutlely beautiful rendition of Ewan MacColl song made famous by Roberta Flack. This single was originally produced as a souvenir of James Lavelle's curation of the Meltdown festival in 2014. I was lucky enough to get a copy of this single from the UNKLE website, however on first play there was a heck of a lot of surface noise on the record but the vinyl looked fine. I contacted the webstore and was duly sent a replacement which sounded the same and noted that on Discogs someone else had complained about the surface noise so it was probably a pressing problem which iss an absolute shame as it's a gorgeous single right down to the white cardboard cover with the Unkle figures in white glitter.

Listening to the track had a rather soothing effect on me last night and I hope it brings you five and a bit minutes of calm today.

UNKLE featuring Keaton Henson - The First Time Ever I Saw Your Face
Posted by drew at 09:59

Not heard this before, nice.

I've not heard this before and it's rather lovely.