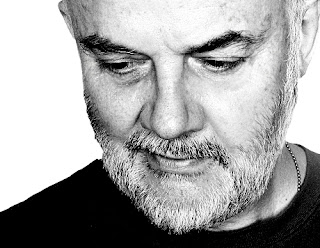 Maryanne, Lauren, the rest of 6Music, not least John's son Tom have tried to fill the gap and have just about managed to do it but it is telling that it has taken a whole station to fill those boots and come up with a daily playlist as diverse as the late man's one show. I say nearly as no matter how good all those djs are they do not possess those dulcet tones, the deadpan delivery and very few ever play the record at the wrong speed. I wonder if Peel had still been around what his show would have been like after his beloved Liverpool won the European Cup for the 6th time.

I had a few Peel sessions vying for inclusion today but as I am off to see the Wedding Present tonight,  in what I have no doubt will be another brilliant ninety odd minutes, especially as Bizarro my second favourite Weddoes album will be played in full, it seemed fitting that I should pick them and  the  band's final session recorded on 22/07/2004 and broadcast 12/09/2004 which contained at the time brand new tracks from Take Fountain, my favourite Wedding Present album.

Peel once said "the boy Gedge has written some of the best love songs of the Rock 'n' Roll era. You may dispute this, but I'm right and you're wrong!" His faith in Gedge can be attested by the fact that after M.E.S. Gedge clocked up the second most session appearances, 22 in total either with the Wedding Present, Cinerama or solo.

We're very lucky to have been around at the same time as John Peel.

I forgot about Keeping It Peel this year. Well done for being on board.

And naturally forgot about it too, what an idiot I am, to be sure!

Btw: would be nice if you could drop a few lines about the Wedding Present gig yesterday. They'll be doing part 10 of the Bizarro - thingy in Cologne in November. And since I last saw them live in November 1987, it might be good reason to see them again then. After bloody 32 years … that's if you tell me it's worth it at all ...

Dirk. After seeing Wedding Present live several times back in the day, I also had an unplanned 30+ year hiatus, but having now caught them twice in the last 18 months I can only urge you to go. The current incarnation is a cracking live unit.

Dirk, it was the best one yet and I have lost count of how many times I have seen them well into double figures. I also got Leo a belter of a Kennedy T-shirt signed by the boy Gedge again.

The version of Take Me was nothing short of bloody brilliant

Thanks, folks, and alright then: I'm convinced! This will be a cool month for music then, first The Detroit Cobras in two weeks and then The Wedding Present at the end of the month ...