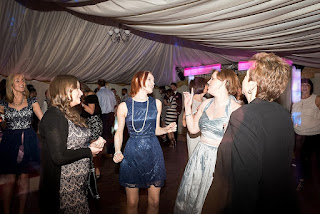 What with the weather being so pish this week, although I was in Luton yesterday where it was positively balmy but up here it has been thoroughly dreich all week, I thought that some Balearic sounds from back in the golden age would go down quite well today.

The other weekend, I had commented on Twitter about Weatherall's remix of Fallen being the only thing that I could think of that he had worked his magic on that hadn't improved on the original but I did like the Supertramp sample, which got me thinking about Come Alive by Orchestra JB which also has a harmonica sample on it but this time from a Housemartins song. So I went searching for the the 12" and also found the previous record by Jimmy Brown from the previous year, 1990 and thought I haven't played that in a long time so duly put it on, the similarities between this and the record that would follow are quite strong from the prominent piano loop, the beats and also the ubiquitous by now moothie sample. This track might be slightly dated with the use of  Let No Man Put Assunder samples but I still love it. And to complete the circle this track also uses the Supertramp sample, maybe a certain producer had this record in his collection.

In football news, I use the term loosely in relation to the antics on the park of the current Airdrie team, the club and the manager have parted company this week. Last Saturday's performance against Brechin. 1 -3 score aside has to be one of the worst performances I have seen, come to think of it each performance so far this season has been progressively worse. Let's hope that the board can get someone in who can get this squad of players playing like a team, as I think that there is the makings of a good team there. No game to endure this week due to the international break, although I'm not sure why that would affect the third tier of Scottish football anyway, so a nice relaxing Saturday in store and the bonus of my blood pressure at 16:45 being normal, well normal for me anyway.

The best Saturday your squad has had in ages.

The Harmonica on Come Alive is no sample from anywhere and certainly not the House Martins. ...I know, as I plaged the Harmonica on it and Co wrote the song

Thanks for clearing that up Billy. My info came from the Who Sampled website