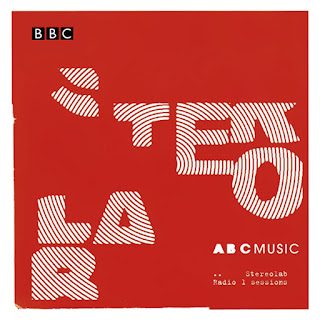 Strangely enough I had penciled in this track by Stereolab  prior to my Twitter correspondence regarding the Anglo/French "avant-pop" groovers with Prof Clark on Friday. Metronomic Underground was originally on the band's critically acclaimed album Emperor Tomato Ketchup, the version posted is the Peel session one recorded on 24-02-96 and takes an already long song for the band and extends it to a ten minute groove that you just don't want to end.

They were playing Stereolab in Piccadilly Records when I was in there yesterday afternoon. Reminded me to pay some when I got home which I forgot about. So thanks for the 2nd reminder.

Some tasty re-releases out at the moment. I was hoping that they would release the BBC sessions on vinyl but there are probably legal difficulties with that and I suppose it would mean an expensive 4 vinyl box

Love the pick, Drew. I'm so tempted on the vinyl reissues. One I don't have at all and the rest are on CD. The releases are coming fast and furious. Impossible to get everything.

This is superb stuff Drew.....cheers