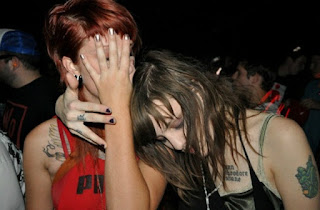 I've really enjoyed looking out and listening to all these old acid tracks recently, even if it is making me feel incredibly old. There has also been quite a bit about it in the music press, feel Mixmag anyway, which I had a browse through at Aldergrove airport last Wednesday then I had four hours to kill, I was that nostalgic that I nearly bought it! I was intending to feature Acid Rain by Victor Romeo today but when I listened to it and the flip I realised that the a-side was actually better. Love Will Find A Way featurinng Leatrice Brown is quite a rare thing for me an acid track with a full vocal as I think that the majority of acid tracks I have are either instrumental or with the odd sample or two thrown in. The record is unmistakably from the Windy City and was released on Dance Mania in 1988. There were remixes that came out in 1997 by Deep Dish but this, the Club Mix is all you really need.

Well that's the season over and one which all concerned with Airdrieonians will be glad to see the back of I'm sure. As I've said previously finishing seventh is not that bad with all the shit that was happening behind the scenes during the first half of the season. Onwards and upwards, as they say and let's hope for a top 4 finish next season.