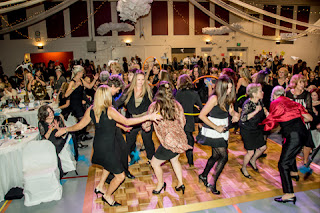 A little bit of teutonic techno for you this Friday from Ellen Allien,  one of the leading lights in the Berlin and European techno scenes. She started djing in 1992 and landed a residency at Tresor, one of the most influential clubs for techno over the last couple of decades. Subsequently she has had her own radio show, organised parties, started 2 labels, the shortlived Brain Candy and BPitch Control on which she has released her six albums and numerous others including Modeselektor and Apparat and one of my favorite albums from 2009, by Moderat.  The track posted was the lead single from the 2005 album Thrills. I first heard this one day when lurking round Fopp when Fopp was still Fopp looking for something different. I asked the guy behind the counter what it was, bought the album which turned out to be just the sort of thing I was looking for.

This weekend I will be mainly finishing off Max's bedroom which is looking quite good if I say so myself (if it doesn't stay that way there will be trouble) and starting on Leo's as there is no home game for the Diamonds, as Airdrie travel a couple of miles down the road to Coatbridge to take on local rivals Albion Rovers. I really should go but I can't stand living in this guddle for much longer.