I Can Only Give You Everything 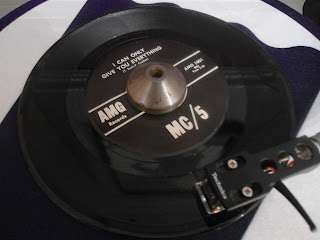 This absolutely astounding, thrashy cover of the Coulter/Scott penned song best known in the version by Them from their third album Again, is by one of the few garage bands featured on this blog who went on to fame or more correctly notoriety if not fortune. The MC5 would become well known in the late 60s as much as members of the protest movement, especially in Detroit as they would for their incendiary live performances and would produce three critically acclaimed albums which would become part of the blueprint for punk rock. . I only have the first one, Kick Out The Jams which I haven't played in ages. This single from two years prior to that album shows the direction that the band will take sonically, if not lyrically, this isn't revolution rock but deep down dirty first class R&B. I love this versiuon of the song, however my favourite interpretation has got to be Nick Waterhouse's classy, straighter version that I posted a few years ago.

I always thought that MC5 was the most punk of all the punk acts.

the other 2 MC5 albums are both worth your while.

This here's where Beck's 'Devil's Haircut' came from.

JTFL, you are right, how come I didn't notice that