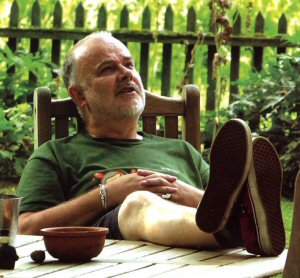 Last year for Keeping It Peel Day you may recall that I did a run down of my Top Ten Peel session tracks ever. This year what with one thing and another I have not had the time to do anything as extensive.

But what to do? Pick my favourite number 1 from all of the Festive Fifties, or a track that I had first heard on the Peel Show or go for another session. The problem with Peel is that there is so much choice, the man shaped the music I listen to in more ways than one. Also it didn't matter the genre of music, if it came Peel approved then it was at least worth a listen, if only the once, for me in the case of  Bolt Thrower and Napalm Death and many others which just didn't do it for me.

As I've said before, no matter what your taste in music is, Peel will have championed somebody you love, unless the extent of your interest in music goes no further than that Irish Band. He will also have played stuff that you absolutely detested.

When looking through The Peel Sessions by Ken Garner for inspiration for this post I decided to steer clear of the stuff that he will always be remembered for by people of my age group the post punk and indie. This decision did not reduce the amount to choose from that much. So I decided to further limit my choice to sessions that I actually had either on record, those wonderful Strange Fruit 12" singles, cd, just about every re-release comes with Peel sessions, if available or download which I had already acquired. I gave myself one further restriction for which I know at least two people will be glad of and decided no Fall.

This was still proving to be difficult until I looked at p312 in Ken Garner's excellent reference book and it hit me, of course a session by the first band I ever saw live,  at the Glasgow Apollo aged thirteen.

So I have posted the one and only John Peel session by my favourite band from the age of ten to about fourteen, Motorhead. I cannot claim to have heard this session at the time as in 1978 I probably only had the vaguest of ideas of who Peel was. But the truth is that Motorhead were the first band I saw live and I remember going to school the next day and not being able to hear a thing the whole day due to the ringing in my years.

This session was recorded at Maida Vale on 18th September 1978 and broadcast seven days later on the 25th.

Great!! VERY much looking forward to listening to this later today, so: thanks!

Lovely. Thanks and happy Peel day every day.

that version of Louie Louie is a cracker

Brilliant stuff Drew - there's a stack of stuff I picked up from Peel that would raise purist eyebrows now - The Plasmatics for example...

And how about the AC/DC session in 76

Great choice for Peel Day and what an introduction to live music.