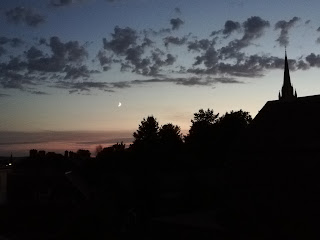 Over the past couple of nights I have dug out and revisited the two volumes of The Complete Works by Spiritualized which collects alternative versions, b-sides and sessions from the very early days of Jason Pierce's band up to 2003's Amazing Grace and their are gems a plenty not least the instrumental version of some of the songs. The Spaceman was not averse to throwing everything including the kitchen sink and full orchestras into the studio, his idea of stripped down was a 7 piece band. I always think that Pierce is at his best when he is bearing his soul and at his most fragile like on Broken Heart, the Japanese only orchestral version of this has featured here in the past but it was a good few years ago and will probably do so again but the one that stopped me dead in my tracks last night was Anything More from Let It Come Down, jeez it floored me and for the duration all of the shit that's going on disappeared and I was caught up in the tune so much so that when it finished it,  it was repeated not once but twice before I returned to listening to the rest of the second disc from Volume 2.
I intend to make a playlist this weekend of the most beautiful Spiritualized tracks that I can put on when the anxiety levels are up which pretty much means that this will be all that I will be listening to for the foreseeable.
Spiritualized - Anything More (instrumental)
Posted by drew at 08:00