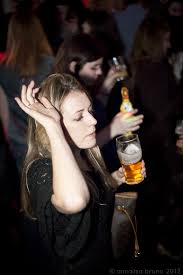 Here's a repost of a repost. I really want to get the Friday posts back up and running but just haven't found the inspiration yet, so I thought I would post a selection of previous ones and see if that gets me going.

Today's posting is a re-post from the very early days of the blog April 2009 as I haven't had a chance to think of anything for today, Back then it  wasn't a It's Friday  . .  Let's Dance post .

By 1990 the acid house party was well and truly over what with the adverse publicity, the hounding of promoters and the fact that every single seemed to come with an acid house remix, stick a couple of wobbly 303 sounds on your record and you were sorted.

Dance music, however was going from strength to strength. It seemed to be fragmenting into dozens of sub genres,a new one created every week or so, this record responsible for one of those. Then there was indie dance, dance music that the NME and thousands of students could identify with as it still had guitars. Every white rock band seemed to name drop influential dance producers and state in interviews that there had always been a dance element to their music or some such shit.

I first heard Testone in the early hours one Sunday morning. When it was dropped, I remember that it stopped me in my tracks, one of those "what the fuck is that!" moments, as I hadn't heard anything quite like before. If my memory serves me right (which is debatable, as a lot of the details around this period are hazy) I wasn't the only one, I think that half of the club were motionless with a mixture of bafflement and awe on their faces, Bleep Techno had been born.

All of Sunday and for much of the next week I couldn't get the track out of my head and would go on and on about this amazing tune that I had heard to anyone that would listen, I really am quite a boring git. When I eventually got hold of the track and played it to a couple of friends all they could say is "is that it?". As I've said before some people just didn't get it.

Testone was released on the Sheffield based label Warp, in my view the most influential and innovative of all the UK techno labels. It was a collaboration between Richard H Kirk of Cabaret Voltaire and DJ Parrot and took their name from the title of a 70s Curtis Mayfield album.

I have also included the video for the track below which was directed by Jarvis Cocker, no less.

Listening to the hypem latest playlist on Spotify was very surprised when this played. Thought I had somehow ended up playing my bleep playlist instead!
Glad to know there is still appreciation for these tunes 20+ years after release. Thanks for the info about production and video direction to be honest never read further into some of these details but seems to be incredibly creative era in Sheffield. (My home city.)

Man, Drew, Raith has the Diamonds' number, don't they?

Yip they certainly have that Brian. Although we should have had a penalty in the last few minutes. But we just weren't good enough, they nullified our midfield extremely well and killed any attempts at play making.