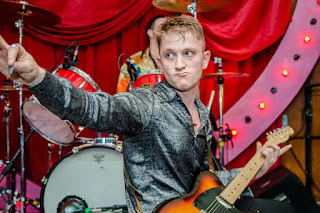 The Amazing Snakeheads - Testifying Time
Posted by drew at 16:27

Very sad news indeed Drew. I only saw them live once but was fascinated about their brilliance. Sadly they disbanded after one great record.

Sad news indeed. Their album is a blast.

Sad news Drew
As Adam says the album is a belter