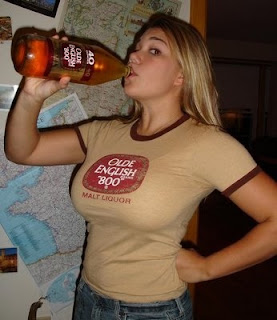 All good things come to an end and so should self indulgent music blogs too for that matter. It has been fun over the past nine and a half years but my enthusiasm has waned recently, not just for the blog if the truth be told but that's another story.  As I said on Monday's post I have had the good fortune to meet some great guys through this and form bonds with others albeit virtual ones so it's not all been bad,  for me anyway.

There may very well be one last posting on the Sunday of the August Bank Holiday, as I have committed to being part of something that looks like it could be very interesting but I'm not sure if it is going ahead or not but you will hear about it in other places if it does come off.

As the first song on the blog came courtesy of the genius that is Michael Head it seems only fitting that the the final one should also be by him. I never ever did get around to the series I was going to do on Mick Head.  So, here for you delectation are three versions of what I consider to be one of the finest pop songs ever,  if I were to ever repeat the discussion that the Ghost of Electricity and I had in the Uxbridge Arms way too long ago I would certainly be lobbying vociferiously for this.

So long and thanks for all the comments.

Sorry to see you go. Even though I never commented that much.

No way Drew!
Where I am going to learn about new brilliant bands?
Hope you change your mind although I suspect you won't
Hopefully meet up for a pint sometime
Thank you for the music

I don't know what to say apart from I will really miss what you do. Your blog has been part of my life for sometime now and I'll miss my daily look in to see what you've put up. You've entertained & educated me. We've almost certainly crossed paths unknowingly, but if you guys ever meet up again I'd like to buy you a beer to say (cheesy line approaching) thank you for the music. All the best and don't go quitting twitter, so we can keep in touch and you can keep on recommending music.

Drew- this is very poor news and not what I wanted to see this morning. I see now that your run of posts this week was actually a career closing greatest hits compilation. Your blog is the first one I check in at each day and was one of the ones that inspired me to start. But I know what its like to keep finding the muse to keep these things going. See you around on the Twitter and hopefully in real life again in the not too distant future.

Completely agree with Swiss, Drew Across The Kitchen Table will sorely missed.

Oh come on, mate, this can't be true! I mean, with a sexyloser-hiatus longer than the distance from earth to moon, I'm probably the last person to be allowed to say this, but I do honestly hope your decision (as understandable as it is) is not written in stone! Will miss your rants plus the good music! And I hope we'll see each other again in flesh some day ...

Ah bawls (as you would say) I'm glad though that you are on twitter.

Your blog is every bit a part of my day as putting on socks. I get it. I really do, but I sure hate to see AtKT retired. If you get the urge again, it's as easy as getting in front of the keyboard. Please keep in touch, my friend.

Sad news. I understand if the motivation isn't there any more. I quit once before then ended up being drawn back in because I missed it. If the same happens to you, please let me know.

This is not good news Drew. You've added incalculably to my musical education and for that I thank you more than I can possibly say. I don't know you nearly as well as Charity Chic does, so I truly do hope that you'll take a breather and reconsider.

Hey. Take a six month sabbatical and then buy a new fountain pen; that's what I'd do. For what it's worth.

Comedy? Comedy is one of the handful of songs I'd run into a burning building to save. So many songgwriters before and since, who really aren't all that, could learn a thing or two from Michael and John Head. As soon as I've sent this I'm going to play Comedy and Streets of Kenny - back to back.

See you back here in six months, yeah?

No. No. No. No.
Think about it really hard.
It will be too bad to see you go.
Anyway, thanks for everything

Drew, thank you very much for doing your blog over the years. I've not at all downloaded more than a plethora of the tracks here, enjoyed your writing, your rants are splendidly splenetic and will be missed not just by me. But you've had enough, it seems, and if it's a chore why carry on? So, once again, thanks very much for what you've posted here over the years.

Sad to hear it; though I've rarely commented I've probably been reading for years and had more than a few tracks I love from your blog. The absolute winner has to be Disco Biscuit Love by the Jezebels, and I will owe you for that for the rest of my life. Thanks for doing it and giving me an insight into a strangers' life, that great generator of empathy. Good luck with everything.

Sorry to hear your hanging up your boots, Drew. Hope it isn't for good.

hey - only ever commented on your wonderful blog once before and it was to post after the most recent Glasgow Michael Head gig so with some sad synergy i salute your effort and dedication with your final post and selection of Shack :-) Never lose your love of music though and i am sure you will be present at numerous Glasgow gigs in the years to come, lurking towards the back sipping a beer like yours truely.... thanks for all the recommendations over the years, my record collection is healthier, soul collection bigger and bank account knackered :-)
take it easy :-) MEH73

Drew man, gonnae no? You'll be missed. Favourite blog by a long way. You've introduced me to new stuff, reacquainted me with things I'd forgotten, and I never got the chance to buy you a pint!

Be safe, listen loads and come back soon/someday.

Drew, I have to concur with SA and Brian to say that Across The Kitchen Table is one of the pleasant parts of my daily routine. Finding a a blogger who has every bit the deep appreciation for all things Michael Head, as myself, you and your blog have made it that much more special.
Even with this good thing coming to an end, I hope that our on going virtual friendship will continue and maybe someday become sentient.
As for Comedy, whether you see it as a "love lost" song or more broadly, a song about friendships, relationships and the nature of life, it is the apex of an artistic career of one of the great songwriters of modern music - be it Pop, Rock, Folk...regardless of label or genre.

Sad to hear this Drew and I hope it isn't the final word spoken. I would be glad if you take a Hiatus and write a few post from time to time my friend. I can understand the reason for your descision because I feel the same sometimes. Anyway thank you for your inspirations during the last years and I am pround to met you last year. I definatly will miss your daily post but I am sure we'll meet again in Glasgow.

Sigh. You are welcome over at my place whenever you want. And that Bank Holiday thing will happen.
I've said it before Across the kitchen table is and will remain an inspiration.
Swc

It was worth it.

Get the monkey of your back about posting every day and just do the odd ones please.

I will miss you (and Sturdy Girl)

So sorry to hear this, been reading your blog for many years, never commented before.

Oh noes! This is very bad news. I'm gutted you're stopping. But thanks for all the posts. It's been a must read in all of that time. And Fridays won't be the same without you.

Sad news Drew - but as someone who gave up about 5 years ago . I am full of admiration that you kept going with such high quality for so long

Will watch out for your wee scooter turn up at the footie in Dumbarton some day & might just say hello.

As somebody I love once sang. “Nothing ever lasts forever “ but you gave it a good go.

Cheers Son of the Rock

I am really sad to hear that you are calling it a day. I have never commented before, but i have enjoyed the music and your musings for the best part of a decade. Thanks for bringing me a lot of pleasure over the years. All the best for the future and i hope your enthusiasm for blogging returns one day.

"I see now that your run of posts this week was actually a career closing greatest hits compilation."

Astute stuff from Adam....I'm just relieved that I didn't see this back in June as it might have seen me follow soon after in hanging up the boots.

Great that you reconsidered....you're too talented not be heard from on a regular basis,