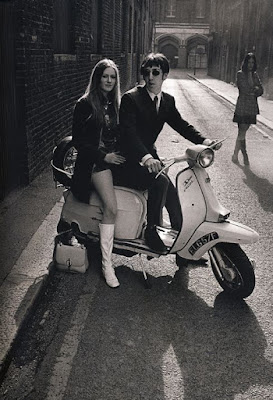 Cathy Rich laid down the vocal track of this cover of a tune written by Sonny Bono when she was just twelve years old. I had heard the Sonny and Cher version in my late teens but it wasn't until the All Seeing Eye's "And The Beat Goes On" that I was alerted to this far superior version. As I said I knew the song but there was no way that the vocal sampled on the 1997 version by the group from Sheffield was Cher's and so I started digging and found out that the version was by The Buddy Rich Big Band and so the search started to get a copy of this song. A couple of years later it was included on a great compilation of music that could be heard at the Blow Up club, a place that I had never been to but bought the album on the strength of the inclusion of the Beat Goes On and Love Potion No 9 but there really isn't a duff track on the album. The hunt is still on for a copy of the 7" single released in 1967. A few years later Cathy Rich went on to record a version of Wild Thing with Kim Fowley on production duties.

The Buddy Rich Big Band - The Beat Goes On

The Troggs have nothing on this lady.