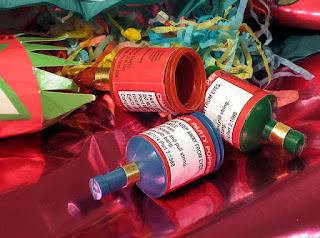 Good riddance to 2017, the year that started off badly got better and then from October took a turn for the worse once more.  A time that got me questioning the people and things that should matter in my life and also made me come to terms with an uncomfortable fact about something that I thought was a given. In time I may rant on about it at some length but for now the sore has yet to scab over.

There were some highlights of course. The Jesus and Mary Chain restoring my faith and convincing me that middle aged "rock stars" could still be relevant. There was also tons of good music including the unbridled triumph of the return of Mick Head. It would also be remiss of me not to mention the highlight of the year when a load guys with the optimism of youth rapidly receding in the rear view mirror met, many for the first time in Glasgow in May for the weekend,  got drunk together talked shit without a serious cross word being uttered and had a thoroughly enjoyable time. The less said about the Prof's beetroot falafel the better. I know that everybody is heartily sick of hearing about it but it was rather special.

I have never been a big fan of New Year being quite a misanthropic person, which is particularly difficult in Scotland where there is absolutely no getting away from these  three days of getting totally full of it, dewey eyed with nostalgia and unrealistically hopeful for the year ahead. So much so that for a few years during my early 20s I refused to acknowledge it at all. After getting in tow with L this became impossible as she loves any excuse to party and I was dragged from one gathering to the next until the dying embers of the 2nd of January after which life could go back to normal and I no longer had to feign interest in what others were up to.

I am however quite looking forward to tonight as I don't have to leave the house and the guest list only includes our close friends and their offspring.

I would like to thank everybody who has looked in here over the last year and especially to thoise who have left comments, all of which are appreciated especially the negative ones, I have especially loved the few from Maria baiting me regarding Trump and Brexit.

Health and happiness to you all for the coming year and beyond.

Boa Ano, Drew. Our little town is over-run with visitors for the New Year, so we of course will leave it for the peace and quiet of the farm.

Happy New Year Drew. Hope it's as tolerable as can be.
Swiss Adam

I love this >>> 'Lang may your lum reek'.
Whatever it means.

Not a big NYE guy either but I do wish you all the best. Have fun tonight.

Another vote against NYE from me - let's hope for a better 2018 for all of us. All the best.

Happy 2018, Drew, and I hope your party was as good as you thought it would be. All the very best for the rest of the year, my friend! Oh, and "a load guys with the optimism of youth rapidly receding in the rear view mirror" made my day: just laughed out very loud here in the office!

I've been very guilty of not visiting other blogs for months now, but am trying to rectify things. I was going to leave all sorts of comments on all sorts of posts but thought it easier to wrap things up in one go.

This remains one of the best and most unique blogs out there - you genuinely never know what you're going to get on a daily basis. There's a lot of the music goes way over my head and the extent of your knowledge about and passion for music is unparalleled.

A few months ago, you ranted about the price of vinyl and limited edition releases. I'll throw in the cost off gigs...all of which has seen me buy less music in 2017 than in any other year. I'm no longer getting so excited by mew music that I rush out to the shops and I've drawn the line with some artists in the live setting - this was the first Nick Cave tour I skipped on as I wasn't paying £65 for a ticket in an aircraft hanger. There were others too...

I'm still sorry for you that the Rovers stole an undeserved draw the other week, but it has reignited our season and suddenly we are back on the tails of Ayr again (thanks to your boys bursting their long unbeaten run). It would be great if you fancied coming up to Fife in a few weeks time...I'll even ensure one of your tunes gets played pre-match!!

The weekend in Glasgow with the international chancers was unforgettable. It set the bar for the rest of the year and while there were some highlights, nothing ever matched it. Here's to the next one wherever and whenever it may be.

Haven't forgotten the idea of a catch-up - the lousy weather with first the snow/ice and then the rain have meant I didn't follow-up. Let's do something in the middle of January to list the blues that come with that time of year.

Oh and I'd love a Michael Head/Shack/Pale Fountains ICA as he's someone whom I, shamefully, know very little about.

Here's to a happy, prosperous and healthy 2018.