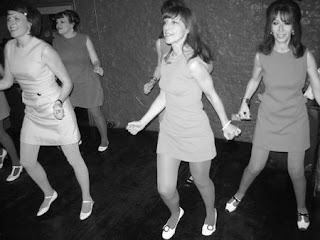 In response to SA's week of German themed posting this week, here is a bit of early Teutonic Trance from 1992, I say trance I would place it more in the progressive house camp. I love this track from the icy spoken word vocals, the throbbing beat and the swirling analogue keyboards. Don't know anything about the three producers of this track apart from that they are German and that this was released on the German off shoot of Rough Trade Records, Rough mix. I'm not sure that I really need to know anything else really.

Cruelly robbed of a deserved, memorable win over Raith Rovers by a stoppage time equaliser, Airdrie are away at the national stadium tomorrow for a tough game against bottom side Queen's Park who are in desperate need of some points. Let's hope that the Airdrie Young Team play like they did last Sunday but without conceding late on but with this league you never know which makes it so interesting if somewhat frustrating.

Just checked the standings. The boys have some work to do to get in that top four. Enjoy the weekend, Drew.

They indeed do Brian but things are on the up off the field too. It looks like we may have new board with some supporter representation and also including the stadium owners.

Did you buy the Luxembourg Signal lp? it wasn't released over here or not as yet. I have ordered from Discogs.

Yes, I have the new Luxembourg Signal on vinyl. Not long after I bought it the label sent me a copy of the CD too. In the summer I also got the Laura Palmer 7” since I knew the cover of Close Lobsters on the B-side wasn’t going to be on the album. They will show up on my songs and albums list next week.

Like your optimism with the team. Couldn’t help but notice JC’s club is having a pretty good season.

The Rovers are on the slide Bri, I met JC at the game on Sunday.