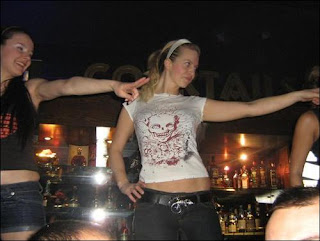 Here is a bit of  drum and bass from 1995. Alex Reese first came to attention with his releases on Metalheadz and and Moving Shadow but this is my favourite from when he moved labels to Island Records. Feel The Sunshine came out at the tail end of 1995 and was one of the tracks that brought D&B to a wider audience. I love the way the horn stabs sort of filter in all the way through, it may be a repetitive beat but it certainly isn't a boring one. I just never could fathom how you danced to this type of stuff so for me it was definitely listening music.

Airdrie got scudded four nil by Livingstone last week, granted they were playing against a superior team who set out their stall early on and did not deviate from it. This will sound like sour grapes but it makes it no less true, it was the most inept performance from a referee I have seen since Andrew Dallas last paraded his wares at the Excelsior. Anyway we are away to Alloa this week who are two points ahead of us in second spot and I fear that we could fall a few places in the table if we get beaten on Saturday and results elsewhere go against us. If your listening Luke we could do with some of that Force at the moment. Incidentally the club raised £1000 from the auction of the Skywalker signed shirt.

Alex Reece - Feel The Sunshine
Posted by drew at 08:00