Harking Back To A Bygone Age. 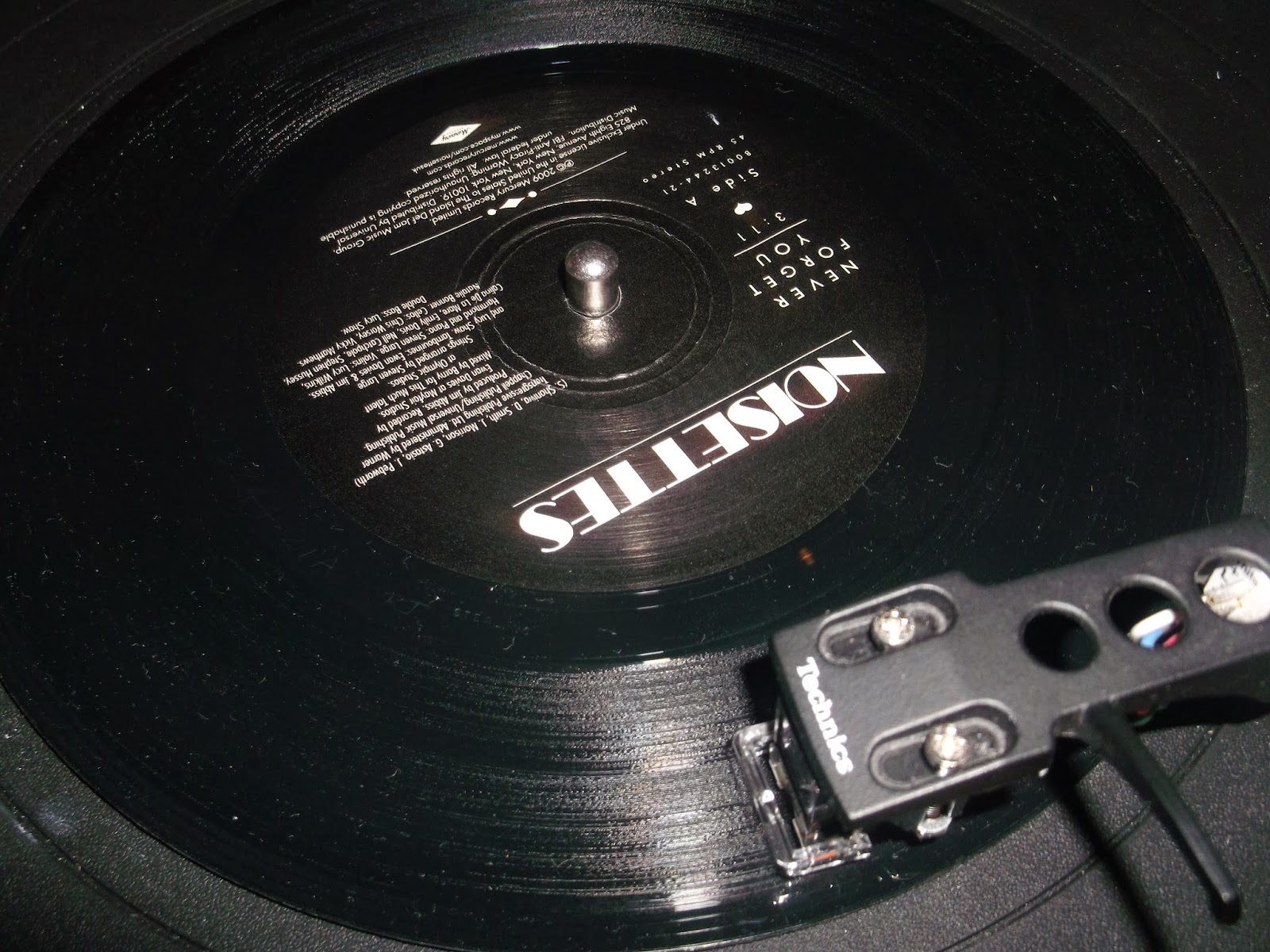 The third single from the second album of  the major label "indie act" Noisettes is the only thing that I own by the band the other stuff that I have heard by the band I liked well enough but not enough to actually purchase. It was inevitable that a band with a name like Noisettes would pique my interest. In fact when I first heard anything by them I was rather disappointed as it didn't have the retro 60s girl group vibe that I thought was implied by the moniker.

Never Forget You certainly rectified the situation as it has a very retro feel about it which of course I lapped up more than enough to want to buy, unfortunately it wasn't released as a single (vinyl), well not in the UK anyway and then as now I was loathed to buy a download but I eventually gave in and purchased it.

About 18 months ago I found out that the song had been released as a 7" single on the other side of the pond and then the search was on to get a copy not that difficult as it turned out and at that time the postage costs from the States were a lot more reasonable than they are now, and so the single was bought, subsequently arrived, got played a lot for about a month then filed and forgotten about. That was until the start of this year when I dug it out gave it a spin and it has been on the turntable probably a dozen times a week since then. The other week Max stuck his head round the door when it was playing and said "catchy", so I think that it comes with his seal of approval.

Noisettes - Never Forget You
Posted by drew at 08:00

This is a fine track indeed. The lead singer has a huge talent. Hope they are still treading the boards (or the sticky carpets of
O2 Academies)and earning a crust?

Speaking of groups ending in 'ettes', what became of the lovely girly trio The Pipettes?

DVD is absolutely right, this is a fine fine fine track. Insanely catchy. Quality. That's 3 in a row for you Drew!

I've got a couple of their albums purchased very cheaply which will feature on CCM at some stage. This is their best song though

The name "Noisettes" (the "noisy" pronunciation) always conjured up something like a female-fronted Ramones to me, but I heard or read somewhere that they were actually named after noisette chocolates, so it's not pronounced the same way....

I can almost imagine the Supremes doing this number.