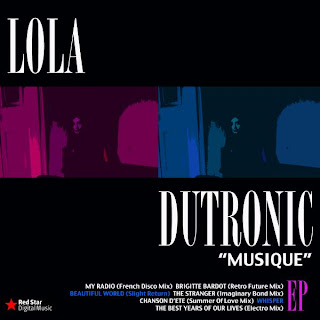 I suggested yesterday that either CoCo Rosie, Clubroot or Lola Dutronic or all had complained to Blogger about my posting their tracks in My Tracks Of My Year blog, as these three tracks were taken off box.net and then the whole piece pulled by Blogger.

I now know that it wasn't Lola Dutronic, as I got an email from Richard from the band informing me that he hadn't complained and found it strange that their track had been pulled, although he did say that he would rather that the track wasn't made avaiable for free download which is fair enough.

I am now of the opinion that Blogger are at it again and using the scatter gun approach to illegally posted music.

Anyway Richard also included in his email a link to the video for Whisper which was banned from YouTube, you will find it here,  If you like it the full ep can be downloaded from iTunes
Posted by drew at 21:35