Song For A Secret 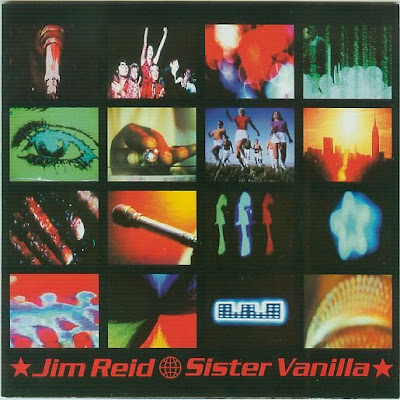 Since the acrimonious split which started in 1998 (but had been on the cards since1984) when William Reid walked off during a sold out show at the House Of Blues in Los Angeles and which was made official at the end of 1999, the output of the Reid Brothers has been patchy to say the least.

Both have pursued mediocre solo careers and produced (separately) the Sister Vanilla album Little Pop Rock, Sister Vanilla being another member of the Reid clan, their younger sister Linda.

Jim Reid released his first solo single Song For A Secret backed with Can't Stop The Rock credited to Sister Vanilla and produced by William, in 2005 on the Transistor label .

The sound of the single is nothing radically different from what could be found on later day Jesus and The Mary Chain albums, it would fit nicely on Stoned And Dethroned.

I quite like the track and it is not a bad way to start off a Monday morning.

Jim Reid - Song For A Secret

Why, oh why did they have to invite that stupid bint of an actress to murder one of my all time favourite songs? It was bad enough that they decided to re-form.

It's not as bad as This Charming Man being murdered by Morrissey these days.....

Fair point JC but she is fucking awful, couldn't carry a tune in a bucket as my dad would say.

Thanks Drew the rest of the clips were good its always good to indulge in a bit of JAMC.
Bad covers James Bland - Where is my mind!!

more proof that actresses should stay in rock star's dressing rooms or bedrooms...