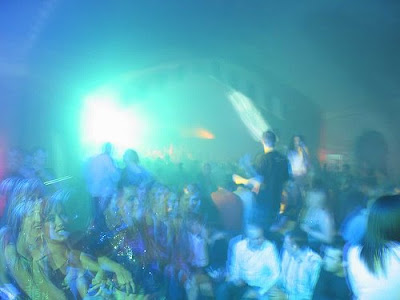 This Friday, let's go back to a time when things were a lot simpler, well in the case of electronic dance music anyway. In 1987, there was House and that was it, no dubstep, hardcore, and the thousand and one sub genres there seems to be these days.

This track is one of the finest examples of early house. it was a collaboration between Ce Ce Rogers and Marshall Jefferson who was posted here a couple of Friday's ago. It has one of the most soulful vocals and a piano line that would later be sampled to great effect by British hardcore act Liquid. This record shows the natural progression from soul to disco and then on to House.

Back in the day as soon as the track was dropped the floor would fill with grinning faces only some of whom would have been "on one". As I said simpler times.

If your feeling flush you can grab a copy here

and the song that borrowed from it

Oh that's good for a friday. Just what the doctor ordered!

Shit, sorry Davy, didn't know you had already posted this. That was before my time, hadn't discovered blogs then.

You loon. I think more than one person is allowed to post a popular tune, don't you?