More Of The Genuis of Michael Head 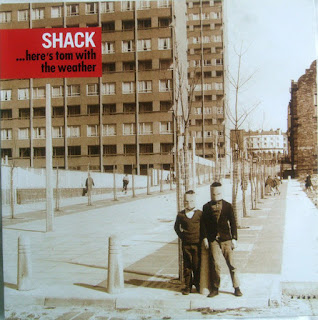 I still haven't been able to finish that Shack ICA, every time I think that's it,  I fuck about with it some more and then it doesn't seem right. At present I am toying with the idea of doing two volumes as I don't think I'm allowed to make it a double album.

Here's Tom With The Weather was Shack's fourth album and is a rather mellow affair and the influence of Arthur Lee looms large on the album, nowhere more so than on the lovely Meant To Be with the track almost stops and the mariachi horns send it off in a totally different direction only for the track to break and return onto is original course. Not the sort of thing anybody else was doing back in 2003. The rest of the album is just as good and brother John takes the lead on three of the twelve tracks, his more gentle vocal adding a different dimension, check out Carousel for an absolutely lush love song.

Shack - Meant To Be

Might very well be my favorite from the Shack era. Gorgeous.

When Here's Tom With The Weather came out, I was not prepared for just how much it would mean to me.
So much of the album transports me to a time I have no reference for. That feeling of exploration and discovery is the strength of the album for me. It makes listening to it, even know, something very personal and very special.
As Long As I've Got You is an opener that provides a launching pad of familiarity, Byrds To Stone brought me a new appreciation for a musical genre I previously had little time for. Carousel is a glorious, pastoral journey.
On The Streets Tonight is storytelling at its best. Not Afraid of Loving You brings me back to Earth with tender, yet very strong, emotional force.
But it is Miles Apart that I consider one of the outstanding moments in Shack's rather amazing history. It's like a lost gem from the summer of Love. It is a love letter from the band to their inspiration. It is also a John Head song - a gift from his own musical genius that made Shack...Shack.

"I don't think I'm allowed to make it a double album."

Of course you can......or alternatively two volumes for two postings!!! Get your arse in gear.....