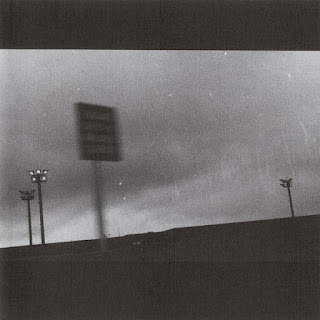 Today's tune is not the easiest of listens and not just due to the fact that part of it was used in the horror film 28 Days Later but it is still a gripping one and a track I return to often. I have learned that East Hastings is a rather down at heel part of Vancouver where all the trappings of poverty can be seen on the streets. I have heard comments that this track by Godspeed You Black Emperor would perfectly soundtrack a trip round the neighbourhood. Bleak is as good a description of the tune as you will get but as I said in the first sentence it is captivating. The rest of the album is great too and the further two releases I have by the Canadian band follow a similar vein but are no less worth checking out.

Godspeed You Black Emperor - East Hastings
Posted by drew at 08:00

We already owned several albums by label mates Do Make Say Think when a few years ago I lucked into virtually the entire Godspeed You Black Emperor / A Silver Mt Zion back catalogue on CD at a car-boot sale. I have to admit I struggled with them though and eventually sold them on. I kind of wish I hadn't done that now though. There was definitely something in the music that intrigued me, but I never quite uncovered what exactly it was. After hearing this I'm going to dig out some Do Make Say Think stuff, so they might well crop up in this series somewhere down the line.