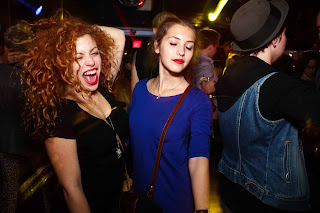 Bet you thought thast you had seen the back of this feature?

I'm still sticking with the acid which seems to be totally underwhelming you all. Today's track comes from SLF, no not Jake Burns' mob, although they did do that terrible Beastie Boys parody, No Sleep Til Belfast, as far as I'm aware they did not jump on the Acieeeed bandwagon as well. No this SLF were Street Level Funk and I know absolutely fuck all about them apart from the fact that in 1988 on their only release, Show Me What You Got they included two rather good acid mixes of the track on the b-side, part 2 being the better of the two.

You will be as relieved as I am to hear the the Diamonds place as a Scottish League One side is assured as of last week, something that even at the start of March could not be taken for granted and which at Christmas looked highly unlikely. It is just as well as the side that will take on local rivals Albion Rovers at the Excelsior tomorrw could be fully comprised of second team players with the exception of the goalkeeper, what with injuries and suspensions. I suspect that the football will not be pretty but let's hope it is as entertaining as last week's narow defeat by Ayr United.

Its not underwhelming me Drew.

Way to go, lads. Quite an accomplishment considering that start to the season.