Touched by the Hand of God 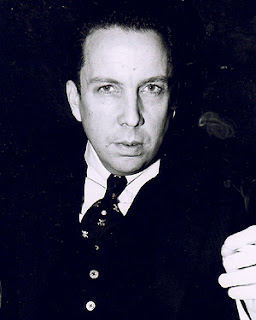 Last week JC over at the Vinyl Villain posted Andrew Weatherall's remix of Come Home by James. Weatherall is without doubt my favourite remixer and dj and a favourite on some of the other blogs I frequent. From about 1990 to 1995/96 if he was credited on the sleeve then I would buy the tune no matter who it was by, even Texas. Since then I have found myself not as enthused by his output as I once was, although it did not stop me buying. Over the past couple of years he has hit top form again, the Wrong Meetings 1&2 albums were not what was expected but were excellent. His recent remixes including Uptown by Primal Scream and Sweet Love For Planet Earth by the Fuck Buttons have been inspired and have restored my faith in the man I once held up as a minor Deity.

The first track is a mix which is present on the b side of the Stereo MC's Ground Level 12", one thing about Weatherall's mixes is that they are usually 6 minutes +.

The other track is not a remix but from the aforementioned Wrong Meeting which came in a lovely 12" box set complete with art print and t shirt. It finds Weatherall in a less dance orientated mood and this track sounds like something that wouldn't have been out of place on a Joe Strummer album.

Two Lone Swordsmen - Get Out Of My Kingdom
Posted by drew at 20:33

Big Weatherall fan; he's up there with my favourites, to the point that the 90s for me are mostly Weatherall and Orbital and Jarvis Cocker. Was listening to the wrong meetings albums today funnily enough, they are really pretty fine.

Hi Drew. I linked over to your blog from TVV and think you are off to a cracking good start. I was hooked right from The Pale Fountains.

And a most HUGE congratulations on the birth of your baby boy.

Hey Tricia
Thanks for stopping by and the kind words