Bow Down To The Dollar 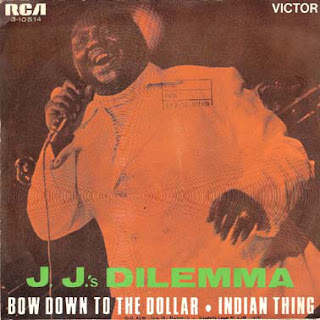 JJ Jackson was born in the Bronx, New York in 1942 and started off as a songwriter and arranger for other soul and jazz artists before starting a solo career in 1965. He is best known for But It's Alright released in 1966 which was actually recorded in England where Jackson would make his permanent home in 1969. His fourth album and the first under the name J.J. Jackson's Dilema  included the single Bow Down To The Dollar which was written by Lawrence Weiss.