A Day To Be Remembered 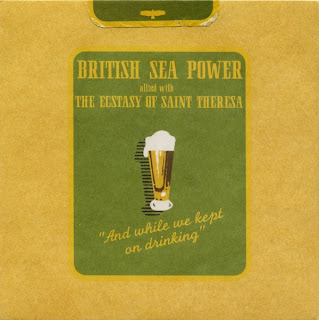 A Lovely Day Tomorrow is a collaboration between BSP and the Czech band The Ecstasy of Saint Theresa. The track is one of three tracks on a cd released only in the Czech Republic to celebrate that country's entry into the EU. It was made available in limited quantities in the UK during BSP's 2004 tour and also via the band's website.

The song deals with the story of the assassination of Reinhard Heydrich (Reichsprotektor of Bohemia and Moravia and one of the architects of the "final solution") at the hands of 2 Czech agents on this day in 1942.  The names Joszef Gabcik  and  Jan Kublis should be celebrated by all democrats the world over today.

The cd was limited to 1942 copies for obvious reasons.

British Sea Power Allied With The Ecstacy of Saint Theresa - A Lovely Day Tomorrow
Posted by drew at 19:20