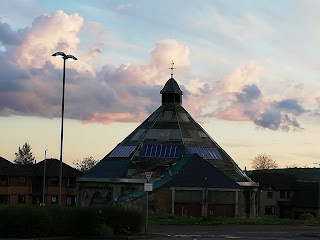 I really don't want to think about the mistake that I made in 2003 when I foolishly sold a shit load of dance records but I have been going through my much diminished Mo Wax collection over the past week. Two records which I had the intelligence to keep were the La Funk Mob releases on the label, MW 017 and MW 023 both double packs one 12" and 10". La Doctoresse was the lead track on the first of those releases, Tribulations Extra Sensorielles, a laid back groove with a soulful vocal sample and some lovely bongos, standard stuff for Headz back in the day. The blurb on the back of the record  states
"Mo' Wax enters '94 with more hard abstrack musical science via France's top beat headz - La Funk Mob (producers of M.C. Solaars and featured on Jimmy Jay's Les Cool Sessions). This E.P. kicks pure Diggin in the crates instrumentalsbeatz, flavaz, a couple of hard Klub trax, a crazy mad jazz house fusion and a classic mad jazz house fusion and a classic slice of head shit. Anyway just check it! Mo'Wax 'til infinity

I couldn't agree more but wish that they had checked the spelling. I loved all this stuff during the mid to the late 90s.

La Funk Mob would go on to be better known as Cassius.