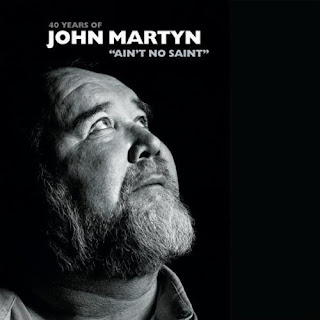 We haven't had any John Martyn around here for a while, which is a bit piss poor form. Here is possibly one of Martyn's stupidest songs, his words not mine, from arguably his best album, One World. The song came about as a result of Martyn having breakfast with Chris Blackwell and Lee Scratch Perry in Jamaica with Perry commenting on the pigs and horses on Blackwell's tea set, strange but true but probably no stranger than any other utterances from the legendary reggae producer. This live version comes from the Ain't No Saint compilation that came out in 2008.

Surely it's Big Muff rather than Ain't No Saint?

And "arguably" his best album? No question about it

Solid Air would be my choice for best album, but "One World" would be up there with it.

I always thought "Big Muff" was about Island record producer Muff Winwood, former member of the Spencer Davis Group and brother of Steve Winwood. I'm sure that was the story at the time of the release of "One World".

Always wanted to ask a Scot... Do you consider him one of your own? I know he spent a fair bit of time in your neck of the woods.

He was definitely one of ours. I was made to throw the man out of the pub I was working in the 90s when he lived round here. He hadn’t done anything just about 3 days into a session by the looks of him and the boss who was oblivious to who he was told me to get him out. It’s really weird Brian sometimes he spoke with a thick Glaswegian accent and at others sounded like a Londoner.

Hi
Any chance for a re-upload of this gem?