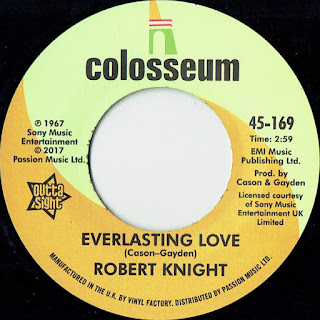 That's certainly different to the Love Affair version (which I'm a big fan of). At first it felt a little on the slow side, but I liked the piano tinkles once the chorus kicked in - reminded me of Steve Nieve's piano tinkles on Oliver's Army (which I seem to remember he stole from Abba). Good pipes on Mr. Knight too.