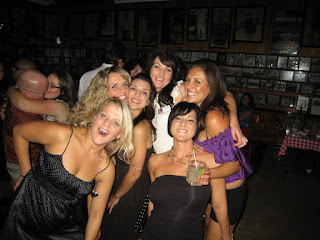 How about a bit of Spanish techno to brighten up your Friday? I say Spanish but that is an assumption, Agony Forces may not be but the label certainly is. I bought this when it came out and am really surprised that that was way back in 2013, I thought that this was from a couple of years ago at the most. The original mix of Kibera, is a very good piece of minimal tech house, however I prefer the throbbing mix by Italian producer Ness which just builds and builds but unfortunately finishes after just under 7 minutes which is a bit of a disappointment. I could imagine this being in a Slam set.

Well, tomorrow is the big one. Can the not so mighty Diamonds stop the treble treble from occurring. I think that we all know the answer to that one. But don't even jokingly suggest such a thing on Twitter as you will be greeted with a load of abuse regarding your religious persuasion, be accused of sectarianism, told that you don't really support Airdrie and that your club/town is worthless and pointless. Some people really need to get some perspective but then again I see my football club as just that a football club, not a family. or a "way" of life and it certainly does not shape my thinking or perspective on everything else. I know, my bad.

Anyway, after last week's draw with Raith Rovers, a match where according to JC, Airdrie had 11 men behind the ball all match, not the same game as I watched but there you go, to say I am not confident about the 4th round of the Scottish Cup tomorrow would be an understatement but miracles can happen but not very often in Lanarkshire. If we can keep it below 5 nil I will be happy, as I don't think that a score line like that will have any lasting trauma for Leo as he has experienced such a humping previously  but any more than that and I will be worried for the wee man.

Have a good weekend people and 'moan the Diamonds!

Anything under 5 would be respectable Drew - you don't want to do a Burton.
How those bams manage to type when their knuckles are scraping off the ground is beyond me. Proper spelling obviously too much to hope for.

Dunno what that above is all about but best of luck against Celtic.

I said you had 11 men behind the ball the whole second half......you gave us a doing in the first half but it was all one way traffic afterwards.

Looked, from the highlights, that you did ok in the cuptie