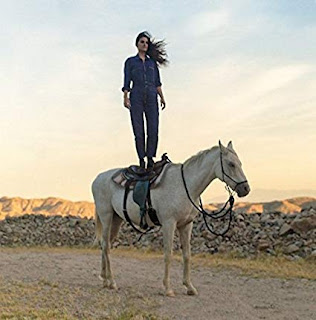 Back in May I posted Count Your Blessings the first single on Burger Records from Mattiel. A week or so later the single was released over here after being picked up by Heavenly and in July her debut originally released last year in the States also got a release this side of the pond and I have to tell you it's a belter. It ticks loads of boxes for me, a bit Garagey here, soulful there and with more than a smidgen of Girl Group sounds. What's not to like, not much, I do have one slight gripe Mattiel Brown's voice can come over a bit shouty when I'm not in the right mood or am on my third listen on the bounce, although I haven't once taken the album off before the end. It could be in my top ten albums of the year, although there have been so many great and extremely good albums this year it may not.

Agree all your words to Mattiel, Drew. I think it will be in my top 10 for this year.

I have come back to listen to this several times today. Officially on the list.

Just heard this for the first time.....if I'd heard it on the radio, I'd immediately have thought 'bet my mate Drew would love that'. Ticks so many of your boxes doesn't it???