The Other, Other Half 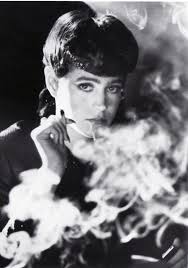 The Girl With The Long Black Hair by the Chicago Band The Other Half, who shouldn't be confused with any of the other three groups with the same name recording at this time, the most famous of whom would be the San Francisco band who originally recorded Mr Pharmacist. The Girl With The Long Black Hair was recorded as a demo in the Windy City  in 1967 and was never officially released as a single although 300 copies were pressed on the Orlyn label and sent to local radio stations and given to friends and family. I can find no further info on the band they seem to have just disappeared after this.

This is a bit less frantic than the usual fare posted in this spot but no less entertaining.

The Other Half - The Girl With The Long Black Hair
Posted by drew at 11:05

Have you seen the new Blade Runner yet?

Was just about to ask that, Adam.

Nope, not yet. Hoping to sneak away from the house next week, October week up here, and see it.

Its well worth a trip to the cinema.