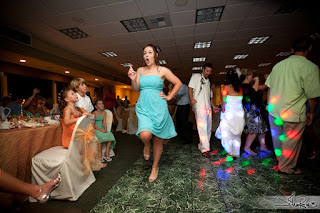 Last Saturday afternoon what with no home game to go to and completing the house work early, I was at loss as to what to do. I knew that Lynn was going out for a friend's birthday later on. Max was up to god knows what with his trackie wearing ned mates and Leo was busy taming T Rexs' on  some weird Playstation game. So I decided to footer about with the records. I am in dire need of another box for storing 7" singles as there are wee bundles of singles lying about the place. So I thought about re-arranging some of the boxes so when I get a further one it will either house an extension of another box or if warranted a whole category in one box. After a couple of hours I was no further forward in my task but had added a couple more bundles of records around the dining room, ones for ripping for the blog and another comprising of singles that I had dug out to listen to. I decided that I need to have the box first and then it will be an easier task.

So I moved on to filing a load of the 12" singles that are piled beside one of the Expedit's housing the albums, A - O to be exact. This is an easier tasks, some will go in a pile to go upstairs into the office, the ones that I will not play again for a while,  the indie type ones go in the cupboard and what's left being the ones that will stay out as I am still partial to listening to them.

So to get to the point of the post, you may be aware that a certain minor deity of a DJ/Producer/Recording Artist/taste-maker has been rather prolific of late, just how prolific was being revealed to me as flicked through this pile of records and I thought to myself that I might spend the evening revisiting some of the records that had been touched by the hand of god, or Andrew Weatherall to give him his name during the early 90s when almost everything he touched turned to gold.

This resulted in me scurrying about collecting 12" singles from everywhere they are stored in the house and creating a pile about three times the size of the original one. I started with a brace of productions for Primal Scream, Trainspotting and Screamadelica  and by the time I finished on Sunday night I had played 43 mixes by the Chairman. I would have continued with this but as I've stated I was on holiday and there was therefore painting to be done.

One of the mixes that I was pleasantly surprised by was the Cabin Fever mix of Skunk Funk which I hadn't played in years but remember being not that partial to, probably why it hadn't been played in years but last Saturday and last night it sounded pretty damn good and I think has the same sort of laid back vibe that Everything Grooves Pts 1 &2 has, two remixes he did for the Stereo MC's.

Aidrrie are away to Arbroath tomorrow who are sitting two places and three points above the Diamonds in the league. After last weeks excellent draw away to second top Ayr Utd there are high hopes that the team are coming into some form and so anything is possible this weekend, a draw would be acceptable but undoubtedly all three points would be preferable. In other news the club have appointed a couple of new Directors so possibly things are getting better. And the latest signed shirt to raise funds for the Sensory Room is a pure belter.

Oh and I will be spending the day filing all of the 12!" singles that I pulled out last weekend and have decided to have a full section dedicated to Weatherall remixes. 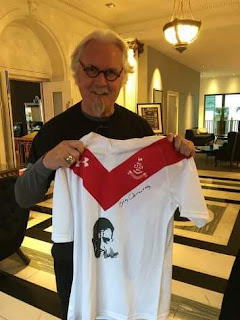 This one and the Dub remain among my all time favorite Weatherall mixes...that is some crazy Friday Funk Drew!!!