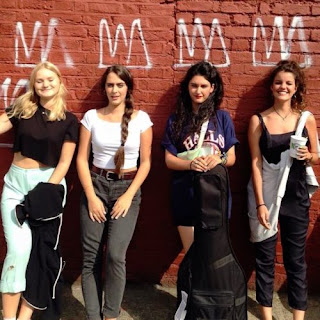 If the word low-fi didn't already exist it would have to have been invented to describe the music made by the four lassies from Madrid who go by the name of Hinds, these days after being forced to change their name from Deers by a band with the same name who threatened legal action. Bamboo was first released through Bandcamp in 2014 when the group were still called Deers and only a duo. It was later released on a ltd pressing white 10" single, The Very Best of Hinds So Far which contained all of their singles up until that point and another live track. The ep is well worth searching for as all of the tracks are nearly as good as Bamboo, or you could just buy the excellent album Leave Me Alone or better still get both.

This sounds good. I shall investigate further.