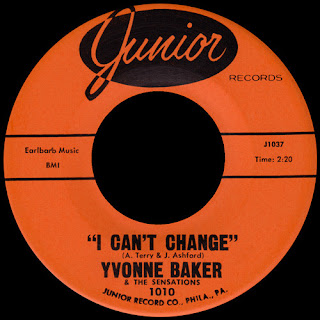 Last year I posted the better known version of today's track by Lorraine Chandler that was big with us scooterists in the mid eighties.This version by Yvonne Baker when she was still the singer with the Sensations of the Jack Ashford penned song was recorded two years prior to the Chandler version in 1964. It was released the following year on the Junior label out of Philly. Recently I have reached for this version ahead of the RCA released later release.

Coffee in hand, this is my first tune of Monday morning. A good start to the week.