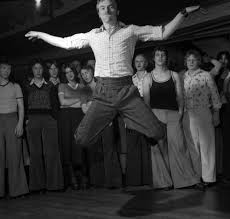 We're into the top twenty now and these tracks will probably be better known to most than some of the ones in the previous sections of the run down as most of these are staples on the scene.

This is another of those tracks that are synonymous to me with the "function suite" of pubs in central Scotland in the late 80s.  The Magic Touch was an unreleased master from 1967  and the original version of the song recorded by the Bobby Fuller Four. It amazes me that some inept record executive could deem this unworthy of release. Thank god for Ady Croasdell who resurrected this and also all of the other crate diggers who have found tracks. Moore was just fifteen when she recorded this by the way!

Gene Chandler manages to out do Soul Brother #1 on this,  for me the Duke's best performance on vinyl from 1968. A furiously paced record that like Paul Mason I have never successfully been able to follow on the dance floor. About as far removed from The Duke Of Earl as it's possible to get.

The smell of two stroke is strong on this release as well. Oscar Brown Jnr's tell of a "silly woman" and a snake is probably Ls favourite soul track and one that was popular with the members of the LSC (Lanarkshire Scooter Club) back in the day. I love the sound of the guitar in this track and also Wilson's vocal delivery. A classic.

This one just oozes class, that brass! One More Chance was produced for Stax offshoot Jolt by Willie Tee in 1969 but again failed to set the heather on fire. Joseph went on to have a fairly successful career in the 70s  and then giving up music but returned to recording with a gospel album in 2006.

16. The Carstairs - It Really Hurts Me Girl.

From the group with the same name as the Lanarkshire village where the State Penitentiary and the East coast/West Coast  junction for trains from England are located. This was practically a new release when Ian Levine heard it on a radio station when on holiday in Miami. Of course he sought out the record brought it back to the UK played it at the Mecca and the rest is history. This is the tune that ushered in a new era in northern soul with the emphasis changing from the stompers to a more subtle sound. Another of the tracks from that Inferno album.

You're right, I've heard of one of these tracks, but and two of the other singers. That Melba Moore track is a belter; The Carstairs don't sound particularly scottish, disappointingly.

Drew, like Dirk I'm impatiently waiting to listen to this series in its entirety.You are completely right about The Snake, an absolute classic

Drew, as i said the first week of this top 50 my northern soul knowledge was basically zero (ghost in my house,tainted love and the joe 90 theme!!!) but these 35 tracks have opened up my ears,brilliant.David.