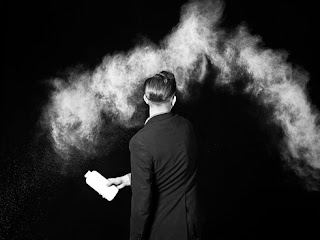 I have had a bit of a dilemma regarding the last two posts in this series. You see I go on holiday on Wednesday and don't intend to line up any posts for when I'm away so you would have had to wait a further week for the Top 5 if I had proceeded as planned. I realise that this would not have been the worst hardship in the world but I know that two people are waiting until all the tracks are posted before listening to any of them and I know that if that was me I would have been mightily pissed off having to wait another week, so I decided to just post the ten tracks today.

Another track that oozes pure class and is probably worth the £1000 + price tag for an original, there is a copy on Discogs at present priced £1888.15. Regarded as too slow during the 70s, the merits of the record have only been realised over the past decade on the scene. I know nothing about the artist but the label the record was released on MB,  was a local label out of Queens,  New York so it wouldn't be unrealistic to think that Mr Kline was a native New Yorker.

9. Rita And The Tiaras - Gone With The Wind Is My Love

I think that Motownesque is the only word to describe this record which has inveigled it's self into my affections over the past few years prior to that I thought that it was an alright tune but the more I played it the more it grew on me and these days it gets an airing at least one a month.

So everybody knows the story behind this record, the most expensive single in the rare soul scene and probably the rarest with definitely two copies but maybe as many as five copies in existence? No, well there is a brief history here. What makes it so special, you may ask and I am not sure as it's ubiquity recently should mean that every northern soulie should be utterly sick of it, it seems to be on every cheap compilation,  featured on an advert for fried chicken not that long ago and is wheeled out as the example every time northern soul is discussed,  yet still when this record is played at any soul night  you are guaranteed that the floor will be filled in seconds and everybody will be grinning like an idiot and singing along. It is such an utterly joyous track

This is another song that if you didn't know better, you would believe was released on Motown. Not surprising really as it was penned by Holland-Dozier-Holland and released on their Music Merchant label in 1973 and although it got extensive radio play failed to hit the charts. Once again that man Ian Levine found a gem and brought it back to the UK where it has been a favourite on the scene ever since. Another of the tracks included on that Inferno album that got me into this music in the first place.

Come On Train too could have been ruined by it's use in an advert in either 2008 or 2009 but again sheer quality saves the day, we shall draw a veil over the remix that was released on the back of that ad. For me there is something incredibly sexy about this track, you can hear the expectation in the vocal delivery as Thomas sings about being reunited with the love of his life after a long time apart, the insistent backing vocals and soaring strings helping to create the atmosphere and then it just finishes!

I'm not quite sure what it is about Let Her Go that I love, I can't pinpoint what it is about this rather understated groove that floats my boat but it does and gets regular turntable space in this house.

4. Moses Smith - The Girl Across The Street

From one Smith to another. Moses Smith this time with a song whose lyrics most of us can relate to, the mysterious unattainable girl that you want to be the other half of. The lyrics are great,  the beat is just right for dancing and Moses Smith's vocal is just about perfect. I find it impossible to fathom why a record of this quality was not a hit.

2. Ace Spectrum - Don't Send Nobody Else

The song that broke the dancefloor on the opening night of the Togetherness soul weekender in Fleetwood in October 2002. When this record was put on there was such a rush onto the floor from all sides that the purpose built dance floor came apart and more than a few frustrated dancers had to wait an hour or two until the hardwood floor was put back together again. it is quite a sight to see a couple of hundred people dancing, spinning and clapping along to this, let's face it disco beat. The track was a minor hit when released in 1975. There are a few other versions of this Don't Send Nobody Else out there by Millie Jackson amongst others but none comes close to this.

1. Jackie Wilson - Because of You

From the moment I heard this track it became the greatest northern track ever in my eyes and I haven't heard anything since that has even had me think twice about it's position. Everything about it is just so damned good, the intro,  the vocal performance,  the orchestration even the ending. Jackie Wilson's story is such a tragic one, he was only forty one when had the heart attack which resulted in the comatose state he would remain in until his death 8 years later. How much more beautiful music would he have been capable of that tragedy had not happened?

What a great series Drew. Most of the tracks are very new to me. I thought that I knew a bit of Northern Soul but I've to deny that I knew nothing until your superb countdown. Thank you so much for introducing me to this kind of music and a lot of songs you offered will be played often.

Wish you and your family a very nice holiday.

Drew,
You are a star.
You can now officially go on holiday.
Enjoy

Interestingly I'm not a big fan of the Jackie Wilson, it doesn't move me like other stuff does. I'll give it some time today and see how it fits for size today.

Come On Train though, that's in my top five. God I love that tune. The arrangement, the feel, the vocals, the way he twists his voice around the words. Lush.

Do I Love You, that one just sparkles doesn't it? Over familiarity doesn't touch it whatsoever, sounds fresh as a daisy every time.

Drew, the Ace Spectrum link points to "Just Loving You" by Ruby Andrews.

Hope you have a good holiday.

Murray - the link is now sorted.

Drew,
"Gone With the Wind" and "Come On Train" have always been two particular favourites of mine (along with the astronomically pricey Frank Wilson.) Enjoyed hearing your Top 50 and it was great that only a few of the tracks had appeared on my own Top 40, so lots of fresh tunes.

Enlightening list, Drew. I learned that I know very little about Northern Soul, and that's exactly why I think I enjoyed it so much. Thank you.

Drew, the Jackie Wilson song is a great way to end the series, it's a fabulous song.

It is a belter George.

Brian - glad you enjoyed it.

Marie - There weren't that many.Then again there are thousands of northern singles. I love the fact that even now after thirty years listening to it I am still finding new tunes on a weekly basis.

Fantastic series Drew with so many top Northern Soul tunes. Jackie Wilson was the perfect end to the countdown. I thought I knew a bit about Northern Soul, but this series showed up how little I knew. Cheers for introducing me to many tracks I had never heard before.

I'm ashamed to say that I was acquainted with only a small fraction of your top 50 Northern Soul tunes. Thank you for ridding me of any problem about what to listen to in my forthcoming holidays. This series has really been a work of art.

Luca/Scott I am no expert just know what I like. But glad you enjoyed it.

Luca/Scott I am no expert just know what I like. But glad you enjoyed it.

Thanks, Drew for this series! I didn't listen to a single tune as yet, as I said before, and won't be able to do so for two weeks because I head for me own holidays as well tonight. Nevertheless I am sure all of the 50 tracks are stormers and I cannot wait to find out if I am right or not!

Enjoy your holidays and thanks again!

Great series Drew. What a great song to finish with, its put a smile on my face, how could anyone not like such an uplifting track.

Wow, this collectioin is pure bliss, sound of my summer, thank you so much for this!

many thanks for these brilliant postings, i am now 50 tracks the wiser and better. many thanks David