You Don't Fuck About With Perfection 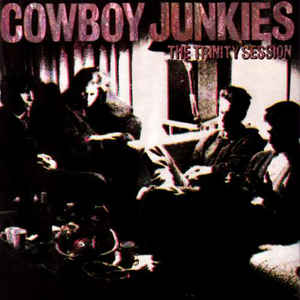 I read last week that they are re- releasing The Trinity Session by the Cowboy Junkies on vinyl. Fair enough I thought, there will be a demand for such a classic album but is it really necessary to put it on red vinyl, if there was ever an album that needed the coloured vinyl treatment least I think it is the Trinity Session, it's not that kind of record, it's not flashy and I don't think that it will entice anybody to purchase it who wouldn't have anyway. Then I read further that the album has also been remastered! Why the fuck would you do that?  A big part of the charm of the original is the fact that it was recorded using just one microphone live in the church, it gives the record that intimate, confessional feel that gripped me in the first place. It was the sort of thing that you could have witnessed and recorded yourself.  There is also absolutely no need to put it on two pieces of vinyl either

When the fuck will record companies stop fucking about with perfect records.

First rant of the year Drew!

haha. Apart from one or two remasters (Stones Exile and the first Clash - more bass!) I can't ordinarily tell the difference with a remaster. And you're right, the sound of the Trinity Sessions is part of what makes it what it is. In fact I'd suggest that the less remastered it is the better. That spooky murky dark room of a sound.

You're so fucking right. Why are they messing with such a unique sound?

There is much standing and applauding in our corner today. Cash grab.

I don't know this record at all but I'm willing to take your word for it that it is a classic. As such, it shouldn't be interfered with in the slightest. Fine words.

To answer your question Drew, Never, it;s just another way to get more money out of people. And by the way, well done for doing 8 years of this, I'm impressed.

if you're gonna rant, make it have a purpose. This one has a righteous purpose.