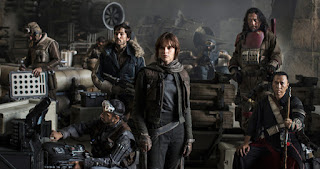 I went to see Rogue One between Christmas and New Year and turned into an eight year old again. It was brilliant, if Star Wars wasn't the first then Rogue One would be my favourite out of the five so far that matter. I did find the Grand Moff Tarkin  appearance rather unsettling and do not wish to see much more of that kind of thing.

Anyway it jolted my memory banks back to the turn of the millennium when some joker had the idea of mashing up Eric B & Rakim with John Williams. It made me smile at the time but quickly became wearing.

See what you think

Saw it a week or so ago, thought it was great. Better than Force Awakens. Top stuff.

I didn't mind Grand Moff Tarkin but Leia was odd.