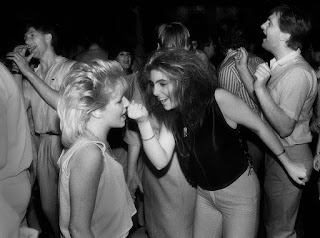 Let's go back to simpler times today. Back in 1990 I was still an apprentice but by this time on not bad wages, supplemented by as many homers I could do during the week. The money would have needed to have been exceptional at the time for me to give up my weekends which were for dancing and getting off my face. Never Get Out Of The Boat was one of the tracks from that year that got lodged in my head. I loved everything about it, the atmosphere, the Martin Sheen sample and the wicked laid back groove. I used to have this on a compilation tape with the likes of  the Weatherall mix of O Je Suis Seul, Secchi's I Say Yeah and Hoomba Hoomba by Voices of Africa that I played constantly. I will have to try and remember all the tracks on that C90 and make up a playlist. Anyway, it this point I think that the Aloof were Dean Thatcher and  Jagz Kooner. The single was re-released the following year on FFRR with a Junior Boys Own remix by Farley and Heller however I much prefer the original Flying and especially the Gosh mix.

The Diamonds take on East Fife at home. We have slipped down to third in the league after only one win and four defeats in the last five games. I hope that we can stop the slide tomorrow but the only certainty is that it will be bloody freezing, the long-johns will have to make an appearance.

The Aloof - Never Get Out Of The Boat (Gosh mix)

magic. Love this song. Its not inspiring me to stay on my Dry January thing as it reminds me of days of mashness.

Hope your feeling better than during the week. Its very common this time of years to hit the doldrums. keep well dude.

Love this one too. No dry January round here.

By February 1990 I was seperated from my first wife!! This was the tail end of the era that I stuggled to keep up with new music - my mates filled in the missing gaps in future years!

JC did you get my email?

Dry January, what's that? Is that when all my mates lie and say "I'm aff it"

honest to jaysus watching the bowie shit on BBC 4 with mint tea. The last 4 months in Amsterdam has lots to do with this rather than January.